skip to main | skip to sidebar

We've come full circle and begin this collection with a different version of I'm Glad I Never from Lambchop which is the opening track on the original Total Lee tribute album and then work our way through even more obscure covers until we reach the Rowland S Howard & Lydia Lunch cover of Some Velvet Morning which many would consider one of the greatest versions and a fitting way to end this collection of Hazlewood inspired compilations. Enjoy 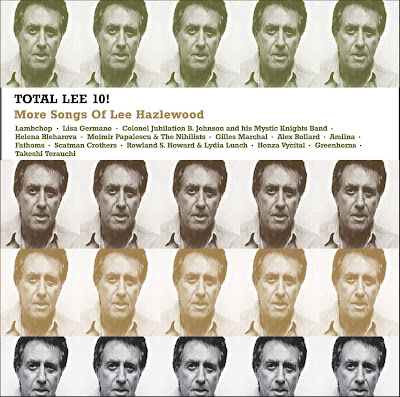 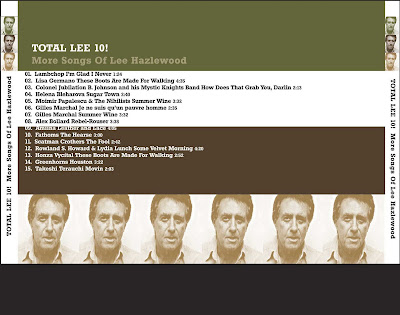 I've started something that I'm intent on finishing. 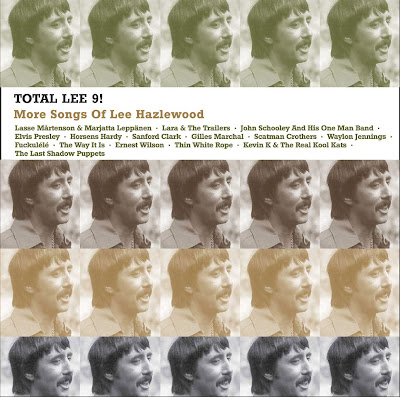 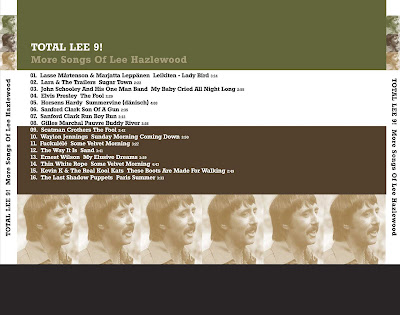 Enjoy and yell out if you want one more. http://sharebee.com/37d7d2f6

Alright then, what does the Young Gods and Lee have in common? Very little I would image except that they both covered a Kurt Weill song and that's exactly what you get on this compilation, songs that at one stage or another were covered by Lee. Comments welcome. 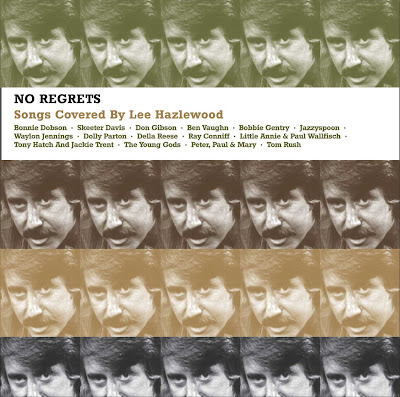 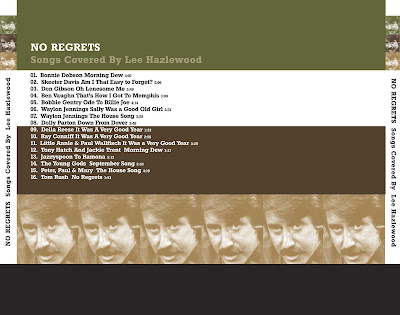 This is such a great surprise that I can't thank the person who goes by the name Fake enough for uploading the following collection (including the artwork). Many of these I was not aware of so I'm very grateful. Now lets put out a challenge and see who else can contribute other songs so we can atleast reach a respectable 10 volumes in this tribute. I have enough for probably one more volume and some 30 or more versions of "These Boots" which we might leave be for now although there is a great version by Blues Polish which I'd like to have at a higher bit rate than the current one I have. Also of note is the release for Cagney and Lacey which was a Dean Wareham side project which I've been after for some time. So if you can share please do as I'm sure that there are many hidden treasures out there for us to enjoy. But whats a challenge if there is no prize, well if we collect enough I might be tempted to upload Lee's Cowboy in Sweden TV special as an avi. 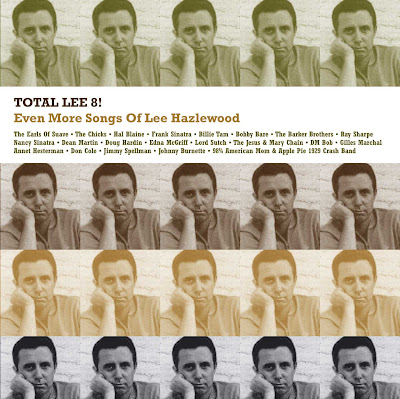 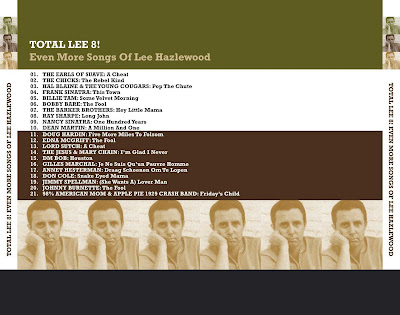 What others are posting....

Taxmeni are a Czech group playing a modern country & western style. The following album released in 1993 has no less than 6 of Lee's songs and is one of those obscure recording which isn't well documented on the net which is a shame since its a great listen. 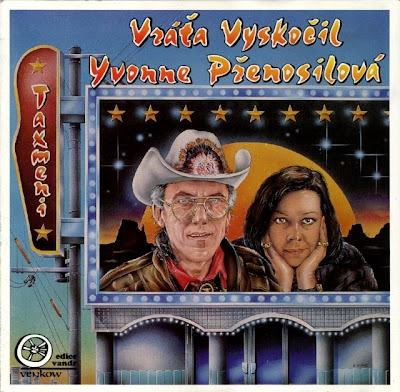 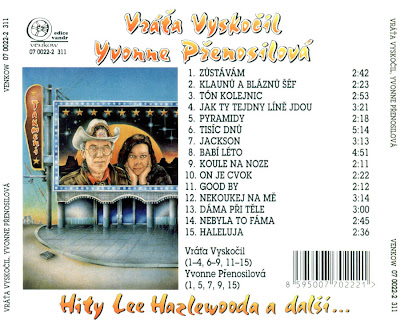 Certainly not the last of the covers but enough for now, yet I might still post a comp. of tunes that Lee himself has covered since its sitting on my desktop at the moment. Request it and if there's enough interest I'll upload it. Now who would of thought of B.B. King turning up in a mix of Hazlewood tunes and who's that helping out Beck with the cover of If it's Monday Morning.
Enjoy.. 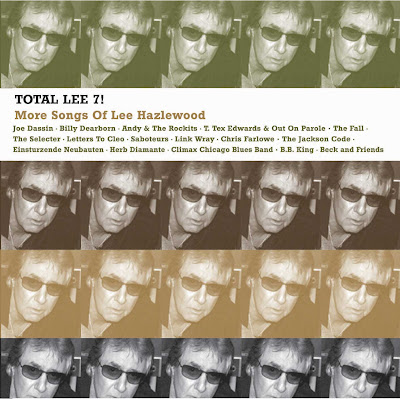 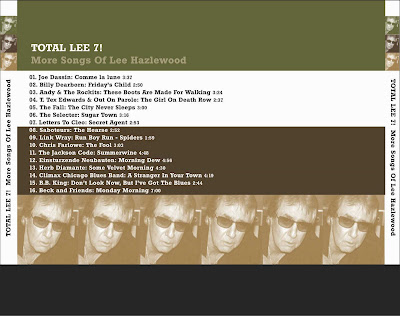 Some great sounding tunes are on offer here, with a distinctive sixties feel to the whole thing.
Hey I've even include an original Hazlewood tune so enjoy...
I've just noticed that I've written the wrong song title for the Bobby and Laurie song so excuse me in this instance, it should be First street blues. That's what happens when I rush things. 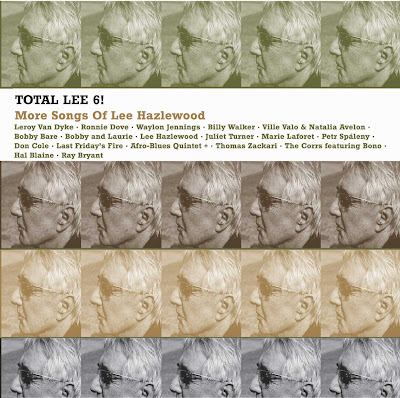 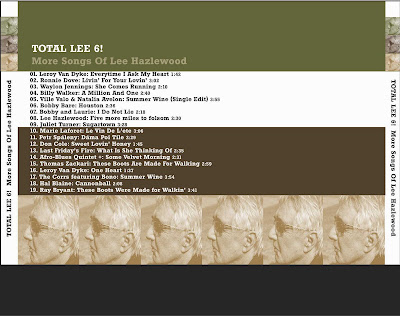 Another three for your listening pleasure....
First up a heavier sounding comp. and this one includes the Fleshtones Peter Zaremba so you know it's worth listening to and the inevitable Primal Scream cover which fits well into this mix.
You'll notice once again that I've included a non Hazlewood tune, Morning Dew (a Dodson, Rose song) which is on Lee's Love and other Crimes album and this ones a great version I'm sure you'll enjoy. 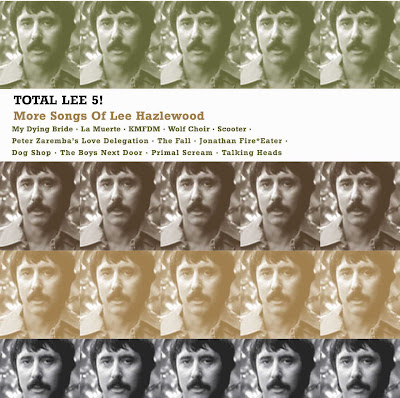 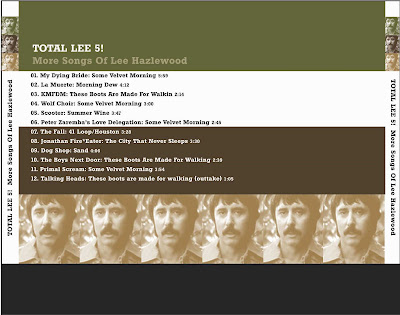 Been sitting on 4 more compilations and as soon as I have some free time and compose the covers I'll post all 4 at the same time and put it to rest for a while. Future post will then include a couple of Jazz Butcher and Sixto Rodriguez concerts and even a John Foxx show. Now if that isn't a mixed bag I don't know what is. Stay Tuned...
Posted by mialee at 9:15 AM No comments:

Who got wind of the inclusion of the Putman, Sherrill tune on the last post, as I thought that it would have prompted some comments but since it didn't I'm going to do it again. What you have here is another good mix with some of the guitar tunes Lee composed early in his career which provides a contrast to some of his more popular songs but as with all of the covers presented here, the musicians have added their own distincive touch. Enjoy 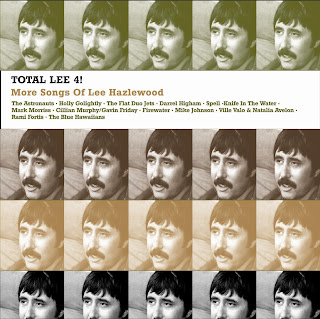 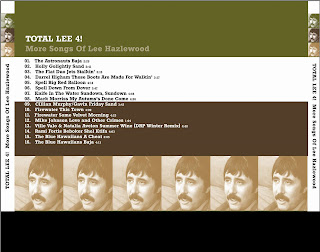 Be sure to visit the following sites:

The intention to share content that is obscure and hard to find without offending the musicians posted here on this blog. If you deem any content should be withheld I will certainly act on your requests and delete without question.